Be true to who you are!  It's one thing to move through the  postures, the Asana, but a mindful yoga practice is more than that. It's about letting go of the ego, mental chatter, the monkey mind, and drop in to the present moment.  The systematic and therapeutic  sequencing of the postures is designed to help you reach a state of mind that is peaceful and relaxing. This is as much a mental practice as it is physical, it is not a workout but a work in.

How we are on our mat is a reflection of how we are in our lives.

We are here to guide you through your practice, listen to your body, you are your best teacher we are just giving the cues.  Learn to accept the things we cannot change, taking the courage to explore new depths, and demonstrating the wisdom to realize that we are all different, but yet all so deeply interconnected. Enjoy the beauty of the present moment.

The key is not what you're doing, but rather, how you're being and why you decided to practice. 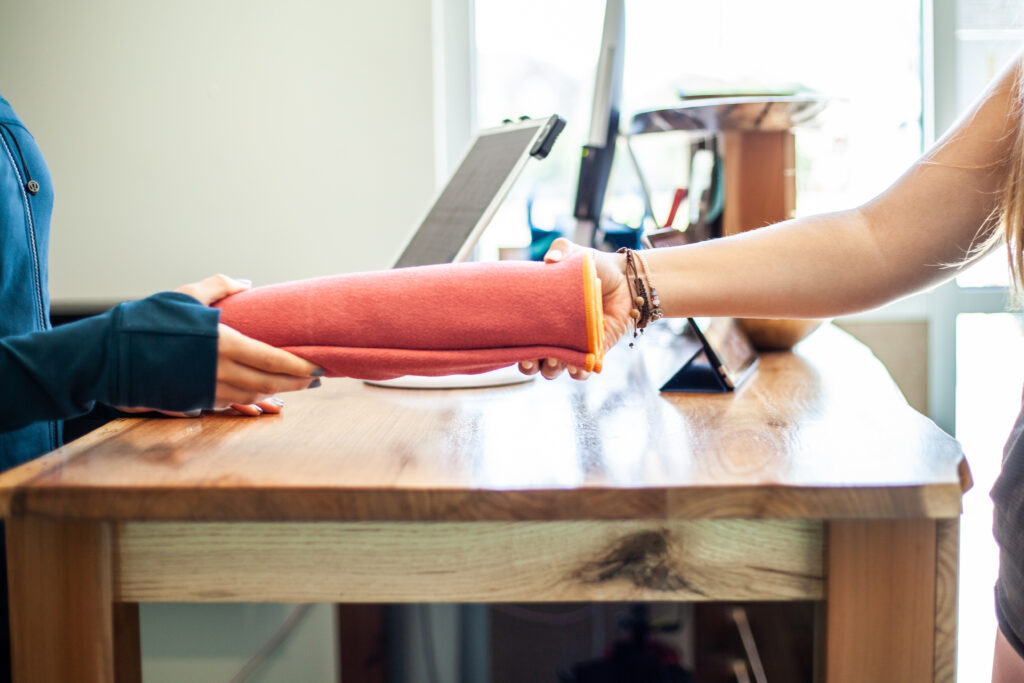 Sol Hot Yoga is Family owned and operated. We love Hot yoga, and invite you to join the family atmosphere.  The yoga practice has really enhanced our lives and our relationship with our family and the world around us. Yoga helps us to feel a deeper connection with each other and an appreciation of the present moment. We want to share the gift of yoga with you, and cultivate a new community of happiness and health. Most of all, we hope to bring you a renewed peace of mind and an improved Quality of Being.

Now our story begins with all of you. We would love to have you drop in for a class, a private workshop, or just stop by to say hello and join our Sol family.

Sky has had the unique opportunity to travel the world, exploring and learning different cultures. She first began practicing yoga in 2002, while she was living on the island of Guam. At the time, she was working in a hectic Hotel/Restaurant management business, and was immediately drawn to the mental, physical, and spiritual practice. The practice of quieting the chatters of the mind. Soon afterward, she met her beloved, got married, and moved back to the main land.

After arriving in Virginia Beach, her husband was deployed to Iraq for a year-and-a-half. With all her friends and family on the other side of the world, and not much luck finding a job, she felt a little lost. Realizing that she needed some time to reach balance in her new life, she searched to find a Yoga studio. Hot Yoga has been a part of Sky’s daily practice for the last 8 years, and was certified 200 hour and 500 hour through the Yax Yoga Concepts teacher training in Virginia Beach in 2010. And soon after she started teaching at the Hot House Yoga with the Yax Family with 5000 hours of teaching experience.  She is grateful for the opportunity to be a part of your practice, and hopes to share the awesome gift that the Yax family shared with her – the ability to discover one’s true self through the practice of yoga.

To teach Yoga is a gift! it is a gift that i give and receive, equally. All of us have lived most of our lives unconsciously; unaware of the pain and suffering that we have created for ourselves and others. Yoga is the promise of a different way; to shine the light of our awareness on everyaspect of our lives, and apply the transformative power of intention to begin to live the lives that we were born to live.


Matt Andrews is a member of the International Associated of Yoga Therapists (IAYT) & a Registered Yoga Teacher (RYT).

Matt came to his yoga mat through a unique path.  While on active duty in the U.S. military, Matt served in special operations as a bomb disposal officer.  He was assigned to the most elite units in the world.  Through his service in Asia, he began to study the way of the Samurai.  He had grown up as a wrestler, and was an All-American boxer during his time at the Naval Academy, so the discipline of martial arts was a natural evolution of his training.  Through the poetry of the Samurai & and a study of the Zen masters, Matt gained a greater appreciation of the real essence & beauty of doing one thing with mindfulness and strategic alignment.  This deepened his faith in God and helped prepare him mentally & physically for multiple combat tours.

After one very long and arduous combat deployment, Matt's wife (Sky Andrews) introduced him to a yoga class.  Matt arrived home from the deployment at 3am in the morning, and at 10am that morning, Sky had him in one of the hardest classes possible.  (She knew the class had to be physically challenging! And, she was right!!)  Everything “just clicked.”  The study of martial arts & the Zen masters, joined with his spiritual up-bringing to create harmony on his yoga mat.  Yoga became an integral part of his lifelong pursuit to integrate body, mind & soul.  Matt was hooked, and he has been practicing yoga with his wife ever since.

Matt & Sky have worked together to take their yoga practice to a new level as yoga studio owners.  Their practice has evolved together to create Sol Hot Yoga Studio in Carmel, Indiana (close to Matt's hometown).  Sky’s in-depth knowledge of teaching yoga classes & coaching yoga teachers, pairs well with Matt's experience of small unit leadership to provide values-based service through a unique yoga practice of Self-Giving service and Empathy.

Together, Matt & Sky extend their yoga practice on the mat to build a strong community of yogis, committed to the “yogi life” both on & off their mats.  The Sol Hot Yoga Studio practice is about mindfulness, optimism, energy, and focus.  This combination has been instrumental throughout their lives and a daily practice of yoga and meditation keep them on point.

Drop in for a class & check it out for yourself.  You'll feel the difference from the moment you walk in the door to the moment the cold hand towel rests on your forehead at the end of your class.

Sign up BEFORE our grand opening and you'll become a member of our loyalty program, receive exclusive invitations to classes, and early bird discounts.

2 thoughts on “About Us”